Our Boules/Bocce Terrain has been refined and played.
It is 16’ wide and 80’ long so it can be easily divided into two terrains (16 x 40) and have two Terrains which will accommodate 12 players.

See me for Boules (Balls and a pig) to borrow and lessons (free). A great game for young, middle aged and old guys like me. Easy to learn but challenging and not so easy to win.
All you need for Boules (per my friend Phillipe Boets) is Balls, a Pig – the small yellow ball in the picture – and a patch of Dirt.
BYOB or other libation and mingle while playing.

For those interested in establishing some preferred time(s) to just show up and play, let me know the time(s) and I will try to set something up.
For instance, at Fernandina Beach, FL the Amelia Island Boules Club has set times of Mon. through Fri. at 2:30  to about 6 PM and Sat. at 9 – Noon.
During the week, 15 – 25 people show up. On Sat. we get 40 – 60. Individual play is up to each person’s interest at other times.
I have equipment you can use until you decide if you like the game. Then I can give you a Website where you can purchase your own.
There is a Boules club in Roswell (part of the Atlanta Pétanque League) and one in Athens with whom we (HW) can have some competitions.
Play on the Hanover West Park terrain is free.
If you join the Club, the cost is $70 and includes membership in the Atlanta Pétanque League and the Federation Pétanque USA along with its publication and eligibility for league play/tournaments.

Feel free to pass this on to others who may have an interest.

Law of the Result:

“When you try to prove to someone that a machine won’t work, IT WILL..” 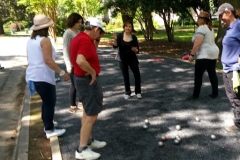 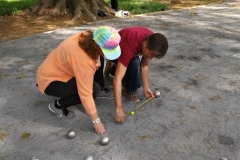 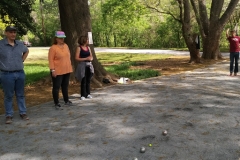 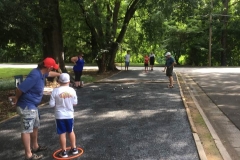 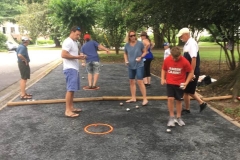 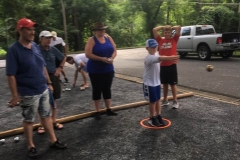 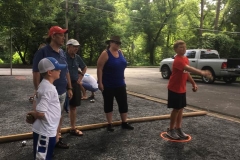